Well I know I am beyond late getting this post up but I’ll share later why I have not been posting for the last few months. Anyway Emerald started Kindergarten in August and Violet started TinyTots in September (and she is already on winter break)

Emerald was so excited to start school. I think she really missed it during the summer. Well the first two weeks she was an early bird which meant she had to be at school by 830am which was so not fun after having the summer of no early mornings. During those first two weeks they assessed the kids to group them for early bird and late bird (which gives the teacher one hour in the morning with only 10 kids and one hour in the afternoon with only 10 kids) well she ended up as a late bird since she can read a little. The late mornings is nice but after two weeks of early mornings we were all used to getting  but we made it work.

She likes her teacher a lot which helps and says everyone in her class is pretty nice except one kid who seems to be a handful in general and not nice to anyone. Well we already had her first report card and she did wonderful and the teacher said she is such a joy to have in class. Awe my sweet Emerald we love her so much. 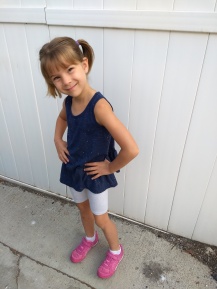 After Emerald was in school for a few weeks I started watching my nephew a couple times a week which added in another aspect of changing times and schedules around. But as moms we know how to adjust and make things work.

Next was Violet she started Tinytots which is thru the city and she absolutely loved it. She was so excited that she was finally big enough to go to school like Emerald. She went to school only two days a week and each class is only one and a half hours which I thought would be good since this is the first thing she has done totally on her own.

It look her a week to remember her teachers names a ver a month to learn the kids names in her class which one she kept calling “Salami” and I later found out her actual name is Lelani. When you are three some names get mixed up. Well the class was only eight weeks long and then the get a winter break and don’t start up again until January. I’m hoping she likes it just as much when she goes back. 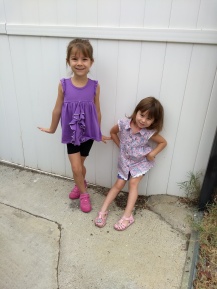 Well I’m working on the next few posts since I am so far behind!